Facebook: The New IQ Test is, Thankfully, Here to Stay.

I admit it. Facebook used to infuriate me. I could not for the life of me comprehend why anyone would take (never mind publically share) a picture of themselves, taken by themselves (!) pulling various dramatised faces, post a picture of the tomato and cucumber salad they had for dinner, reproduce a ton of whining content around one cause or another (anything as long as it entails grievance) and overall embark in the what I call “Look at Me-Shame on You”steeplechase.

I have from time to time embarked on writing about it, usually through indirect reference and in conjunction with my loathing and contempt for all those self righteous, progressives who have inundated us with their PC preaching that serves no other purpose other than to establish that excellence is a thing to be ashamed of, just because they are incapable of reaching it and that no one should progress and be merry just because they can’t be.

So, there. My absolutist, polarised ranting and raving out of the way, I can now take a look at things with more serenity; and, this time, admit that Facebook is probably the most useful thing ever invented by man, since the Japanese discovered that fish tastes even better when eaten raw. Or since John Montagu, the Earl of Sandwich, came up with the notion of stuffing food between two slices of bread, if you are in that way inclined.

In my text, Coaching for Impact, I ascertain that Influence is the direct result of 3 factors: The collection and transmission (exchange) of information (intelligence), the sustaining of meaningful, reciprocal and mutually beneficial relations and the utilisation of resources. My theory is that if you can secure any two of the above, you then automatically gain access to the third. Out of the three, resources is, in my opinion, the hardest one to come by; hence, all of a sudden information and relations seem critically essential.

I will not however embark further on this “content selfie” of my theories and myself. Instead, I will return to my initial thought, which was how I have now changed my mind about Facebook and its usefulness. And the reason I have done so, is because it does not only give one access to information regarding individuals but it also allows one to distribute information of their choosing, in a way of their choosing at a time of their choosing. I think people call this propaganda and I happen to be a big fan of it.

Allow me to highlight the obvious: at any given moment, a very simple search, enables you to collect unprecedented, unsurpassable amount of information for approximately one out of two people in Europe and three out of four people in North America. And in today’s world, where speed and efficiency are of the essence and Darwin’s law applies more than ever, this is probably the biggest treasure one can have access to. 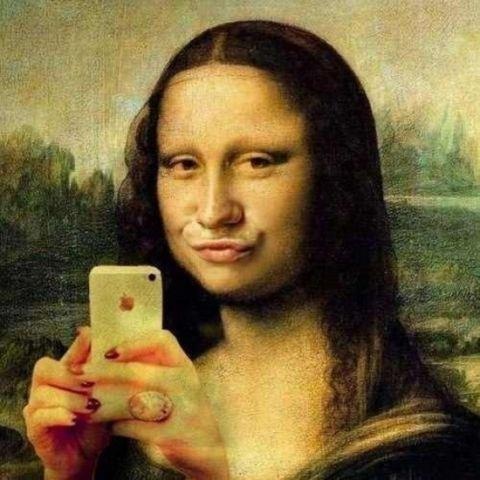 All it takes is 10 to 20 seconds of scrolling up and down a person’s profile to draft a rather accurate synopsis of who they are, including their approximate IQ, their narcissistic challenges (also known as insecurities) their self perception, their financial status, their political beliefs, their culinary preferences and overall anything and everything that will help you decide the level of proximity you wish to pursue with them, be it professional or personal; or how they can be of use to you, again, if you are in that way inclined. Which is of course how large corporations and other players utilise the treasury of social media.

At the same time, whilst some people are busy fantasising that everyone is following their daily posts with undiminished interest, as if it was the life of Catherine from Wuthering Heights, or Scarlett O’ Hara from Gone with the Wind or Rick Blaine from Casablanca and taking the 83rd duck face selfie, some others are busy writing or even devising if you like their own story about themselves. The story they want others to see. The story they wish to propagate.

These are the influencers, who collect information about others, which they then transform into decision-making data, all the while keeping busy with carefully and deliberately selecting the parameters they wish to transmit about themselves; aligning them with their intention in a strategic, focused, uncompromising manner; refusing to communicate a random persona; formulating the narrative they want others to engage with.

It’s about influence. Control if you like. I have no qualms with such terminology. If the progressives are allowed to glorify failure, I am “allowed” to use dirty terminology, such as control. Control. I thought I would write it one more time. For good measure; and in order to be provocative. I am into this kind of thing. It is part of my narrative. My strategically, aligned, formulated, deliberate narrative.

These people will post and share when they have actually achieved something bigger than just pressing the “take selfie” button on their smart phone in order to frame their silly looking face. Something of consequence; something that they worked hard for and that they can do better than the vast majority of people. Something of excellence. They will forget to post that picture from that pub when they had too much to drink; or the romantic weekend in the country village with the girlfriend, which may cause them trouble when her replacement arrives; or the fact that they hate their job so much and that they have lied to the boss by calling in sick; or all the histrionic (which is in essence the key pathology of our times, fuelled by social media and mediocrity), attention-begging posts, revealing –again- “the meaning of life” day after day after day with absolute conviction and yet with “such sensitivity”.

It’s a wonderful tool, Facebook. Oh yes it is. It is actually the new age aptitude screening, combining all assessment tools, from IQ to EQ that man has ever devised into one.

And for that I am grateful. And off to take a proud selfie of myself eating a smoked salmon sandwich in order to share it with you and celebrate my achievement of utilising all 3 of man’s greatest inventions in one go, knowing that you can’t contain your anticipation of finding out if I used wholemeal or multigrain. Only problem is if I can chew and pull a duck face at the same time…better find out then. The challenge awaits.